At once, there was Matt Ryan, Sam Baker, and the rookies.

For twice, there was Chris Redman, Laurent Robinson and gang.

For thrice, tonight at the Falcons store at Perimeter Mall, there was fullback Ovie Mughelli, running back Jerious Norwood, and posse signing autographs for canned goods.  We Falcons fans pitched in some canned food items and they Falcons players smiled and signed. 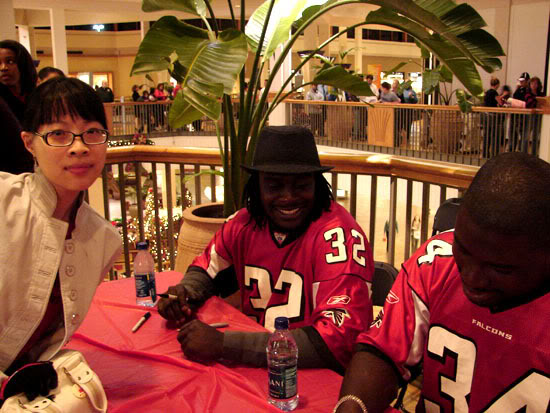 But I’m getting ahead of myself.  Firstly, there were Falcon Cheerleaders, Carey and Heather. 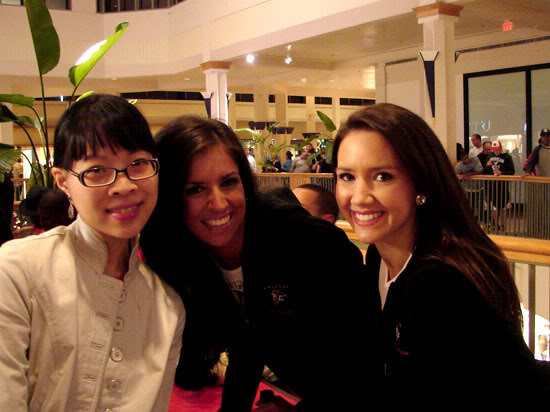 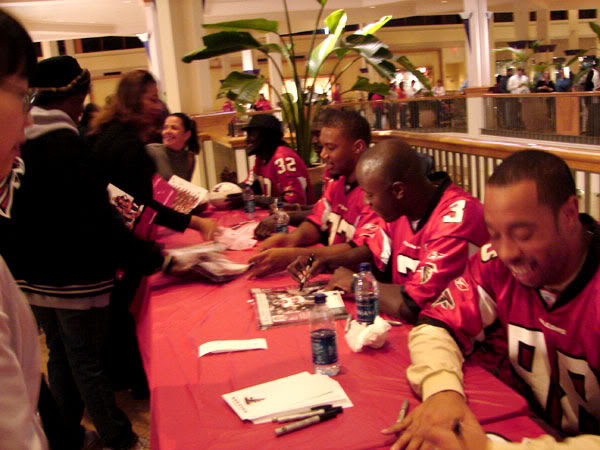 Thirdly, there was quarterback DJ Shockley, who, I absolutely must say is so beautiful.  He has this air of pure and supreme elegant coolness (or cool elegance, whichever you prefer). 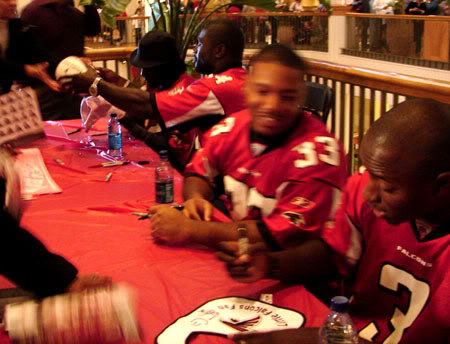 In this picture here: 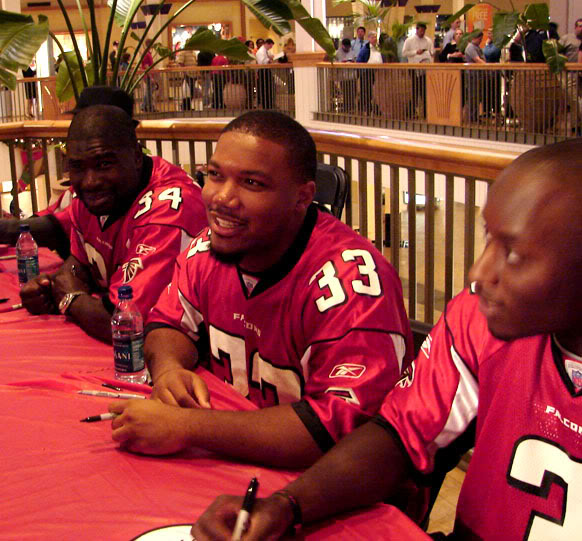 it looks like I’m about to yawn or sneeze.  In actuality, I was relating to Shockley, Turner, and a perplexed and amused Mughelli that Matt Ryan drew me a pig and Chis Redman drew me a “cock head.”  Yes, those words indeed came out of my mouth–for some reason “chicken head” and “rooster head” just wouldn’t.

Fourthly, there was running back Michael Turner, who looks exactly the same in person, still photos, and moving photos.  Some people don’t look good across the board.  Well, Mr. Turner is certainly not one of them.  He looks fabulous. 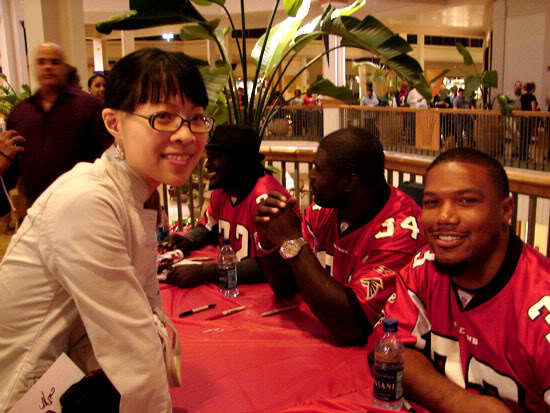 And now we’re back to Ovie Mughelli and Jerious Norwood.

And now for the finished product: 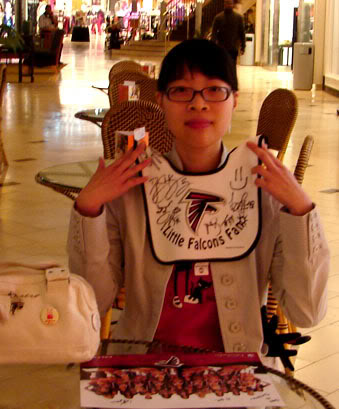 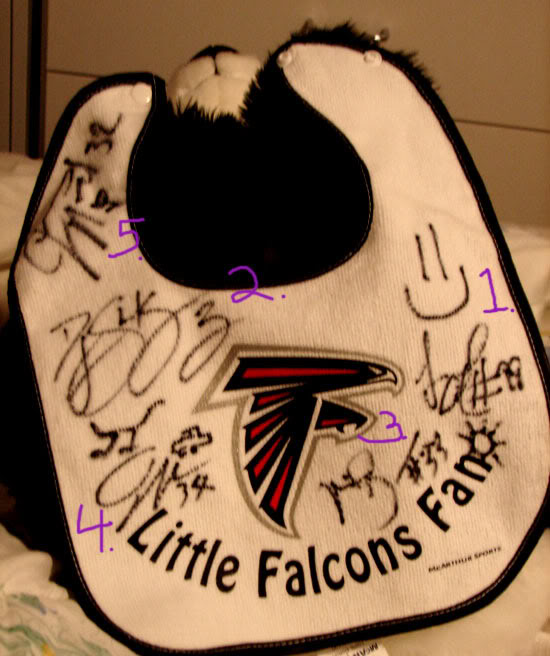 1. Jamaal Anderson drew me a smiley face.  He asked me to whom should he make the bib out to.  “What’s the child’s name?”  I responded with, “There is no child.  I have a towel and a ball–I figured a bib would be a good choice.”

2. DJ Shockley drew me some kind of farm animal, after bemoaning his unimpressive animal rendering skills.

3. Michael Turner drew me a sun.

4. Ovie Mughelli drew me a Lamborghini.  I named this entry “for by the grace of ovie mughelli” because he radiates such warmth and serenity.  I imagine he would be the kind of person that one could experience and express a range of emotions, from contentment to confusion to frustration to hopelessness and he would make you feel safe to feel those things.

5. Jerious Norwood drew me a flower.  He strikes me as the kind of person who would have these hidden talents and passions and they would make sense.  In other words, I wouldn’t be surprised if it became known that he likes Renaissance art or can play the saxophone or makes the best peach cobbler this side of the Chattahoochee.

Click here for a picture of Jamaal Anderson–it’s darkish but I love it; and here for one where he’s leaning back, looking very contemplative.

Here is Shockley, Turner, and Mughelli from below.

3 thoughts on “For by the Grace of Ovie Mughelli”