But first, a short video on rooftop work of the Atlanta Falcons’ new stadium.  It reminds me of NFL Films; instead of sports inspirational, it’s steel inspirational.

And now back to your regularly scheduled blog post.

Pit Southpaw (Antoine Fuqua, 2015) against Creed (Aaron Coogler, 2015) and you get a consideration of sacrifice for others vs. sacrifice for self. 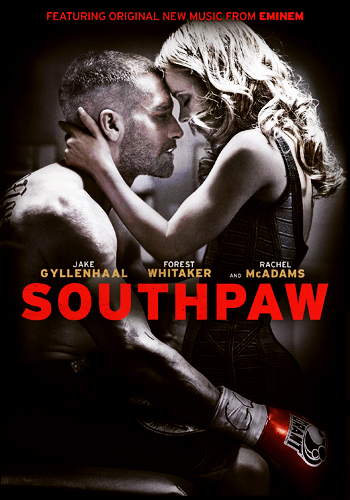 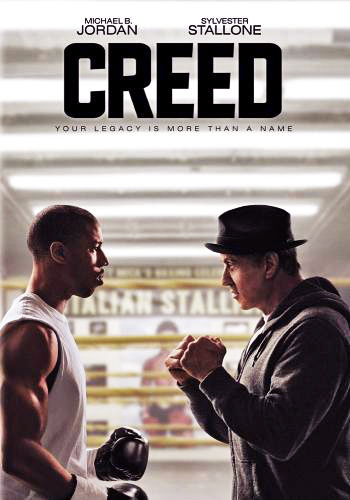 Does it go without saying that Southpaw is a redemption narrative?  The story-line necessitates redemption as Billy Hope (Jake Gyllenhaal), the protagonist, is getting older and life events force him to push himself to places he may never have taken seriously.  It’s not of a first chance or a second chance, but a recalibration of priorities.  Hope begins the film winning a match to the praise of a very supportive and realistic wife (Rachel McAdams) and proud daughter (a scene-stealing Oona Laurence).  What progresses as a possible sobering self-examination at how much longer he can be a boxer turns into a plea to transcend the status quo of aging as a boxer.  Hope gets into a situation where his actions indirectly lead to his wife’s death and his daughter is placed into social services.  The only way for him to get her back is to demonstrate to the courts, to society, and to himself that the fruits of his athletic labor stand for more than superficial glory.

Kurt Sutter, the screenwriter for Southpaw, said in the making-of-featurette, “You know, there’s two things that should not go together: an adoring father and uncontrollable rage.”  Billy Hope is the embodiment of these two qualities.  He channels rage in the ring to beat his opponents, as any effective boxer would, but then outside of it, he displays undeniable affection and paternal love for his daughter as well as the tendency to retaliate to taunts with violence.  As sports films (and sports in popular media) teach, off-field violence does nobody any good.  At best you’re left with a late night/early morning PR fix and at worst you may be charged with a crime.

In contrast to Gyllenhaal’s light heavyweight champion, Michael B. Jordan‘s Adonis Johnson (Donnie) is a young man journeying to self-identity.  His fists, his athletic talents, and his boxing gifts (honed by Rocky Balboa [Sylvester Stallone] himself) compel him to pursue his bliss out from a career in finance and into the boxing ring.  His demons are rooted in self-doubt and self-preservation and it isn’t until he accepts the legacy of his past that he can triumph.  Creed follows Johnson from childhood to adulthood — a rite of passage narrative spotlighting confidence and humility.

Aesthetically, the boxing sequences in Southpaw, especially the last match, take a lot of cues from televised boxing.  It seeks a verisimilitude of the media text itself.  Professional boxers, analysts, HBO camera crew.  Fuqua wanted that seamless representation of the boxing.  Creed makes similar references through Donnie’s interaction with media and through furthering the plot (the second ‘boxing’ sequence consists of Donnie watching a Creed vs. Rocky fight on YouTube; information about Ricky Conlan is presented through ESPN-esque TV segments; the last boxing sequence/match between Conlan and Creed).

Creed comes from an iconic breed, though, so there is still very much a “filmic” quality to these representations.  I prefer it as a boxing film and a sports inspirational because it’s about Donnie.  He’s doing everything for himself.  His accomplishments carry additional meanings, but he’s still conquering his own pride and vulnerabilities not only to prove his own self-worth (to himself) but also to be free of self-imposed burdens of that worth.  Southpaw is fine as a film; it’s solid in that start-over-again theme .  How Southpaw and Creed differ as boxing films, though, is that the former could be about a different sport.  Gyllenhaal could’ve been a fencer, a runner, a golfer, or even a competitive poker player. 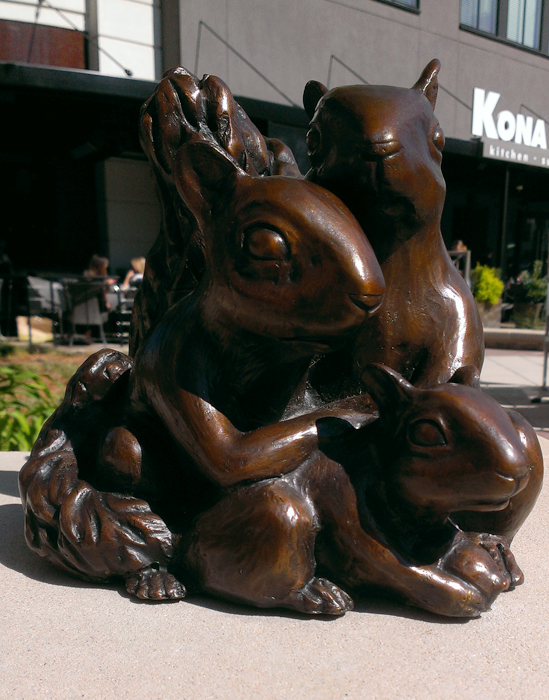 ~ Forest Whitaker portrays Jake Gyllenhaal’s trainer in Southpaw and after a second screening, I see his character as more of a counterpart to Bianca (Tessa Thompson) in Creed.  One of the sports movies tropes is the female love interest that either motivates the protagonist or distracts him and is thus part of narrative conflict.  True, the story-line in Creed as it pertains to Bianca does involve misunderstandings and disagreements that affect Donnie’s boxing, but ultimately, her life circumstances help to propel him forward. Likewise, Forest Whitaker’s character challenges and refines Billy Hope’s path to success.

~ The DVD for Creed contains many deleted scenes, all top-notch quality so they were likely cut much closer to the time of theatrical release.