By the time Audrey Hepburn had made her Hollywood debut and won a Best Actress Oscar for her role in Roman Holiday (William Wyler, 1953), Jackie Robinson had played major league baseball for six years with the Brooklyn Dodgers.  When he was inducted into the Baseball of Fame on July 23, 1962, Marilyn Monroe was still alive, James Bond* was a few months shy of being introduced to the public as a cinematic icon, and by the end of the year prisoners from the Bay of Pigs incident in Cuba went back home to the US.

In case you haven’t guessed, I watched the sports biopic 42 (Brian Helgeland, 2013).  It depicts key moments in Jackie Robinson’s life between 1945 and 1947, though the extent of historical accuracy in the sense of X actually happened in the manner presented is up for disclaimers.  Please see SBNation, History News Network, and ESPN for more information in that regard. 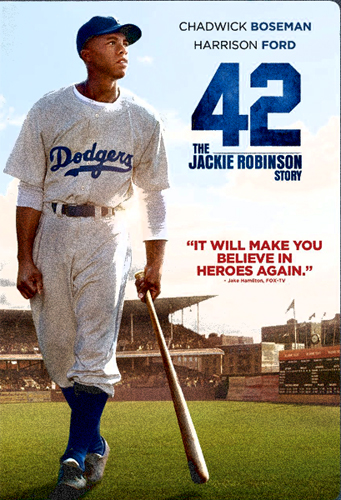 The film opens with a historical context reel narrated by Wendell Smith (Andre Holland).  America might have saved the (modern) world from the horrible agendas of the Axis Powers but back home, a hero’s welcome is hard to come by…even harder if you aren’t white.  It is in this existentially fraught environment that Jackie Robinson (a terrific Chadwick Boseman) goes about doing what he was born to do: play baseball.

42 is a beautiful film; it’s wonderful to behold for its subtle humor and cinematography. The acting is excellent all around too (Nicole Beharie is especially impressive as Robinson’s fiancee, and it’s always good to see Christopher Meloni playing someone who isn’t doing detective work in a special victim’s unit).  The wardrobe department and set designers and decorators must have gone to great lengths to imbue the film with a historically authentic mise-en-scene.

Despite its visual splendor, it isn’t the tightest film.  When it ended, I wondered if it wouldn’t have been more effective as a series of vignettes juxtaposed against conversations from scholars, journalists, historians, and any surviving friend or relative of Robinson’s.  (Shameless, unaffiliated plug for the documentary about Jackie Robinson by Ken Burns, Sarah Burns, and David McMahon that airs April 11 and 12 9pm and 11pm EST on your local PBS station — check your local listings!).

As a sports biopic, 42 is formulaic, psychologically powerful without being excessively tense, and eager to fill you with hope.  The contrast between two specific sequences produces an effect that both clobbers and heals the heart.  The first, ugly scene occurs when the Philadelphia Phillies are playing the Brooklyn Dodgers and the Phillies’ coach, Ben Chapman (Alan Tudyk), hurls so many racist remarks at Robinson that one wonders if there will be any reprieve from or retribution for having witnessed it…as a film-goer.**

If you don’t come away from that scene feeling as though you’re ashamed to be in the same “room” as the Phillies coach and want to travel back in time to apologize to Jackie Robinson on behalf of a less bigoted future, then you have achieved satori and there’s nothin’ left to see here.  If, though, you do find it uncomfortable hearing those words and remembering that, “hey, are we any kinder to each other in 2016 than the people of 1947 were to one another?”  (Peut-etre un peu? Pas du tout?), then, you’re going to demand for some kind of pay-back.

As a much needed and pleasantly surprising challenge to that scene is the second, marvelous sequence when the Dodgers play in Cincinnati.  Pee Wee Reese (Lucas Black) puts his arm around Robinson.  The camera films in a high-angle medium shot as he smiles and you can hear the crowd gasp.***  That unassuming but profound gesture of Pee Wee walking up to Jackie and sharing in the human experience is what the 21st century needs to remember.  You see, isn’t your heart mending already?

And yet… what 42 and the Jesse Owens biopic Race have pushed me to consider is whether or not a person is worth a chance to be welcomed and accepted if a person doesn’t demonstrate a capacity for excellence in the performative, physiological, or intellectual achievements of being human.  Do the best and brightest have to take on the mantle of pathfinder before the lukewarm and decent can even have a place to get a better view? 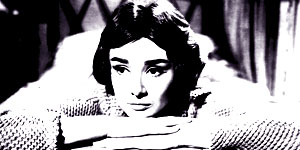 *Dr. No (Terence Young, 1962), starring Sean Connery, was the first Bond film to be released.

**SB Nation has a good summary of this moment.  And, every time I see Alan Tudyk I think of Steven Weber.

*** Note: According to the Jackie Robinson documentary by Ken Burns, Sarah Burns, and David McMahon, that gesture was a thing of myth-making; it probably never really happened.  If it did, the press would’ve reported it and surely there’d have been witnesses…still living witnesses.