Maxine didn’t like to gloat or tell jokes or stuff marshmallows into her mouth until she couldn’t talk.  She wasn’t like the rest of us.  She liked to sit by herself during meals and whenever we had to wait for the bus to take us to away games, she sat always behind the bus driver and in such a way that she couldn’t see herself in the rear-view mirror.

I was only on the team for three years and wasn’t around before she joined the team, so I don’t know what it was like, what was different.  I mean, she got her own hotel room and the coach’s wife always stayed with her, but I don’t get what the big deal was about a girl playing little league.  She didn’t want to play softball — she wanted to pitch like the boys.

What I miss most about Maxine was her laughter.  Her favorite movie was Horse Feathers and kept telling me to watch it.  I used to think it was because she wanted to be right about something other than the best way to strike out a batter when the sun is starting to shine in his eyes.  Now, I know it was more than being right.  She wanted to have something to share with someone, something other than baseball she could talk about with someone.  She picked me to be that someone.  I wish I hadn’t waited all these years to get around to watching Horse Feathers.  I would’ve liked it as a thirteen year-old.  And now, I’ll never know what kinds of conversations we could’ve had about the movie or anything else.

I remember that last game like it was last week, even though it happened more than a decade ago.  We’d just lost by one point to a team in Arkansas, you should have seen the coach’s face.  Maxine thought it was her fault.  She could’ve struck out that last kid.  Like she does at the end of every away game, she went onto the bus before the rest of us.  We liked to mess around the vending machines and dare each other to stick our hands up the release door.  We were about to get on the bus when a tractor trailer slammed into it.

Maxine didn’t like to gloat or tell jokes or stuff marshmallows into her mouth until she couldn’t talk.  She wasn’t like the rest of us.  We had to grow older and become tax-payers, general contributing members of society.  She had to die thinking that she could’ve struck out that last kid and helped us win the game.  To this day I don’t know who is the luckier one. 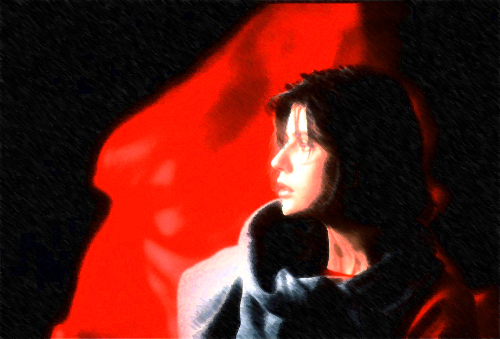 Nothing specific inspired this post.  The name “Maxine” came to me and the rest slid out; on the subject of Little League, here’s a neat read about eighteen girls who have played Little League Baseball.