When I was in college, it wasn’t uncommon for me to watch three movies over the weekend — one on Friday night, one on Saturday, and one Sunday.  Other times, I’d watch two movies on Saturday at different movie theatres.  It’s been many, many years since I’ve done anything similar (film festivals notwithstanding).

I’ve been wanting to watch three films ever since I knew they existed and this weekend, they came out in my fair city.

I saw Personal Shopper (Olivier Assayas, 2017) Friday night and Raw (Julia Ducournau, 2016) and T2 Trainspotting (Danny Boyle, 2017) today.  Olivier Assayas’s film stars a Kristen Stewart that resonates with her performances in non-blood-sucking roles (Clouds of Sils Maria, Welcome to the Rileys, The Yellow Handkerchief, and even Fierce People).  She plays Maureen, a woman who can see and sense the dearly departed and yet still doesn’t know what to call them.  The film follows her as she tries to connect with her deceased brother and fulfill her personal shopping job obligations to a high-profile woman.  I didn’t think the film would be genuinely scary (damn sound design and horror film tropes), suspenseful and sad.  It inspired a poem.

Minor spoiler alert — highlight words at your own discretion.  I also wasn’t expecting the film to depict apparitions.  I didn’t think the director would go there narratively, but he did.  And what of the ending, the very last line spoken?  How much of the inexplicable goings-on of the plot were all in the titular character’s head?  As much as I enjoyed the secondary story-line that features onscreen texting with page-turning intrigue, I was much more psychologically invested in whether or not Maureen and her brother ever really connect.

Julia Ducournau’s morbidly erotic examination of repressed appetites focuses on a veterinary school student and the unintended consequences of freshman hazing.  Raised a vegetarian by her vegetarian parents, Justine (Garance Marillier) discovers that not only does she have a taste for animal flesh but her hunger for sustenance is both sexual and cannibalistic.  It’s not suggested, it’s stated.  From a certain angle, she’s more or less a vampire who wouldn’t necessarily let the rest of the kill go to waste.  Raw is reminiscent of Claire Denis‘s Trouble Every Day (2001) in the way it presents the blood/flesh-lust as biological rather than metaphorical to the characters in the story world.  For Justine and her older sister, who is also a veterinary student, sisterly love and hate are taken to a whole new level given certain inherited details.

What bothered me more than watching a vegetarian eat meat (of any kind) was the hazing activities and the periodic representation of enclosed spaces with too many people.  If you don’t like being in small spaces with lots of people, lots of people who are sweating and spilling beverages all over the place, be prepared to close your eyes.

By the time Raw had ended and I was making my way to the other theatre to watch T2 Trainspotting, I was hungry and started making a mental grocery store list.  Danny Boyle’s sequel to his 1996 film was a good way to bring Saturday to an early evening.  I laughed and gasped and went “hmmm” a few times.  I haven’t fully formed my thoughts on it, so I will just say this much: is it ever good to be a tourist in one’s own youth?  Mark Renton was by far my favorite of the group, but was that because he was portrayed by Ewan McGregor?  Considering some of the scenes from the sequel, he’s just as flawed as Sickboy and Begbie.  Is Spud actually the “best” person of the lot?  Be that as it may, I like them still.  All of them.

Stage lighting is so important.  Kinjaz‘s choreography and execution makes the dance look like animation.  Almost like stop-motion.

When I was washing my hair tonight, my mind wandered to what-if scenarios involving gunshots and holy texts.  Imagine, if you would, a group of friends (or strangers) traveling in one car on the way to an interfaith service.  With their destination just around the bend, they get caught in a crossfire at an intersection between a band of thieves and a few off-duty police officers.  Each of the five inhabitants of that car gets shot.  Legs, arms, torsos, and abdomens get punctured.

Customers at a nearby gas station hear the gunshots and call the paramedics.  After arriving at the emergency room and receiving treatment from the hospital staff, it becomes apparent that even though these individuals were each struck three times, none of the injuries were life-threatening.  Major arteries missed by centimeters, ball-and-sockets missed cleanly, and no reproductive parts were put in disarray.

Would each person thank their god?  Would each person feel that their surviving is proof that there is a god and that there is only their god?  Or, would they be back to square one wondering that if they all lived, it’s impossible to know which god is “right” and if there really is a god at all? Which holy text is right?  Moreover, the football player puts a variable on things.  Either he made it because he was with deists or because it was a coincidence and his presence somehow negated the certainty that the rest of them had regarding the nature of the Divine.  The Buddhist would probably be the most chill, right?  He’d chalk everything up to the rhythm of life as would the Wiccan.

On the other hand, if this car were filled with atheists and one law-of-attraction practitioner and they were saved by various non-holy texts (a Bluray box set, a cookbook, an iPad, a giant stuffed bear), would they attribute their survival to coincidence? Dumb luck? Or look at the law-of-attractioner for an explanation? 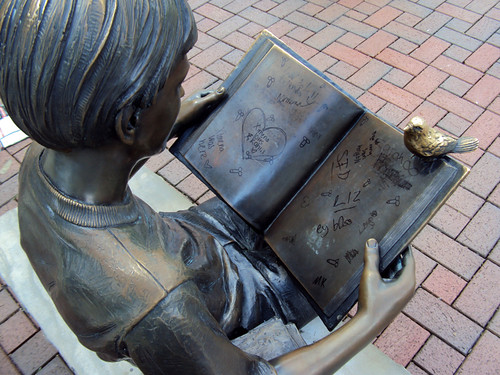 I was reading about synchronicity the other night and The Enigma of the Search in liminal moments where I was getting ready to sleep or waiting for an hour to pass.  I have experienced synchronicity in my life and have seen that extra dose of ain’t-this-cool that such events can bring.  Earlier this week I had my mind set upon obtaining this  Criterion DVD box set but didn’t follow through with my intention because the price wasn’t right.  I told a friend about it and minutes later, he told me that Criterion was having a 50% flash sale for twenty-four hours and the promo code was LOVE.

Fast-forward to today.  I recounted what happened on my bookface and am copying and pasting it here:

There’s an adage about man making plans and transcendent entities just laughing. I made plans today to go to the Funwoody Barnes & Noble to get my morning caffeine fix and Mary Roach’s book Grunt: The Curious Science of Humans at War* followed by an oil change (and more). Well, I got to Barnes & Noble at 8:52 am, not realizing that they didn’t open until 9 am. Because I didn’t want to wait nine minutes for the doors to open, I went to a nearby Starbux for a soy latte. As I was headed back to my car, I heard a man’s voice coming from my left.

I’d noticed this man earlier but didn’t think more if it. He wore all black and was bundled up like any cold temperature morning. I walked closer to him and asked if he wanted an almond croissant (which I got from Starbux in addition to the latte). He thanked me but declined as his hunger was focused on grits. I gave him a dollar, remarked that it was a good and sunny day not windy like yesterday, and told him to have a good day. He responded with appreciation and noted that I was a beautiful woman…presumably for not ignoring him and not giving him the stink-eye.

Normally, I ignore questions people ask me when I’m going back to my car (unless they’re about directions or the time). I didn’t ignore this question, though. Had my morning gone as I’d “planned,” I wouldn’t have had this experience.

Oh, and no oil change today because I have to get a timing cover oil leak fixed and there’s no sense and getting two oil changes in less than a week.

It occurred to me that there was an amount of “pre-production” that had to happen in order for me to have had that experience. The book I wanted was supposed to be available at the Buckhead B&N, which it wasn’t when I went there on Thursday. They told me the Perimeter and the Forum locations had it. Thus, my trip to the Perimeter this morning. And, I typically get Saturday soy lattes from a specific Starbux and I didn’t do it this morning because I figured, “going to B&N, might as well get it there.” I ended up getting the book at the Forum.

I also picked up Moonlight (Barry Jenkins, 2016) on DVD.   I’ve thought about my actions from this morning and have only come up with this “reason” for why I didn’t ignore the man.  It would have been rude not to acknowledge him — practically, I was the only other person around at that moment.  It would have been so obvious to him that I was choosing to pretend he wasn’t there.  It would have made me feel bad and ashamed.  I wasn’t “thinking” any of this stuff, but a part of me knew it.

Hearing that question, “Do you have a dollar?” was like being on a stage with a spotlight shining straight into my face.  I’ve lived my entire life doing everything I can to be backstage or in the audience — never on the stage.  I won’t shy away from other audience members or crew members off-stage, but I have tried to hide myself in other capacities.  In that moment, the universe had seen me and I couldn’t make myself blend in with my surroundings or distract it with tales of absurdity or morbidness.

Instead of wondering if I’d passed the test, I’d like to know, well, what next? 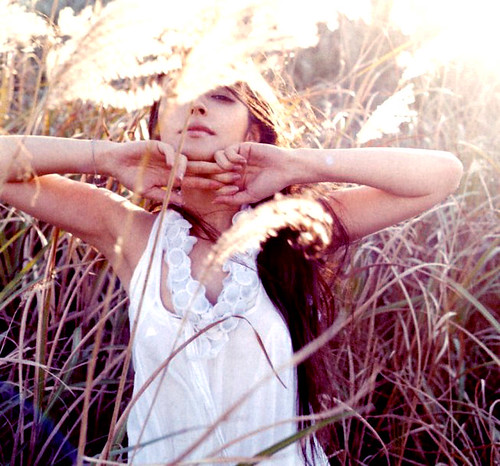 *I saw the book mentioned on this Reddit thread.