Georgia Tech won against one OSU on Friday but was unable to beat the other OSU today.  Losing to the Ohio State Buckeyes by nine points, the Yellow Jackets’ March Madness experience ended this afternoon. Get game summary, stats, and play-by-play here.

I watched Antoine Fuqua’s amped up cop-drama Brooklyn’s Finest (2009) over the weekend primarily because I really enjoyed Fuqua’s Training Day (2001) and Shooter (2007).  Brooklyn’s Finest, written by Michael C. Martin, is as spectacular as the others in the action arena, but is thematically and narratively much sadder.  While Training Day and Shooter focused on reigning in injustice and correcting institutional betrayal, Fuqua’s latest portrait of law and order leaves one stuffed underneath a cynical ceiling.  Sure, I’ll take the pessimism of hyperbolic reality, where extremes wipe out nuance and detail, over the optimism of an incomplete view of reality, but I’d rather not be sheltered by the idea that everyone you like will intentionally or unintentionally abandon you. 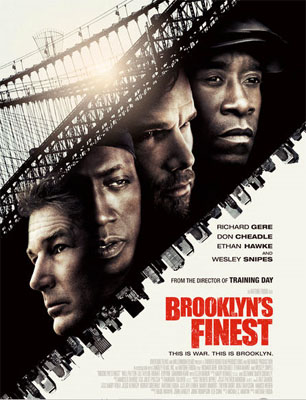 Brooklyn’s Finest tails the professional (and sometimes personal) affairs of three main law enforcement personnel: Eddie (Richard Gere), Tango (Don Cheadle), and Sal (Ethan Hawke).  After serving in Brooklyn PD’s zone 65 for twenty years, Eddie is a week away from retiring.  Tango has been undercover for narcotics for too long and wishes to go back to a less method-acting way of upholding the law.  Sal, desperate for more money so that his wife and offspring pool of six-and-counting can live in a house free from wood-mold, has been pocketing a portion of the “proceeds” from drug raids.  Each of these characters’ storylines reminds the civilian world that keeping the peace, keeping the streets safe is an ugly smoothie of body count, politics, and acting on behalf of the greater good.  Their own private purgatories eventually converge, and like a good ‘ol gunfighter hero Western, spills the streets with crimson.

Considering the choices they have to make as well as those that they are free to make, perhaps none of the characters deserve viewer empathy or support.  Eddie is the hardened but wise cynic whose daytime hours consist of getting through his shift so that at night, he can indulge in the price-tagged loins of a lithe female form. 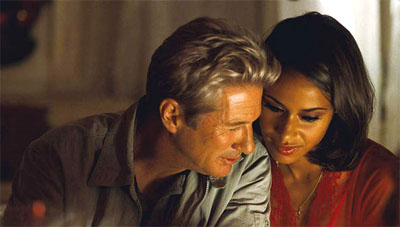 Tango grows increasingly psychologically fragile and his sense of loyalty belongs to someone who saved his life rather than to the welfare of the public.  I found myself most interested in Tango’s plot-line, particularly in what happens to him and Wesley Snipes’s character.

Sal is just doomed from the start; financial failure is not an option, and no matter how many times his drug-raiding partner reminds him that he is already blessed with so much, Sal will never have enough. 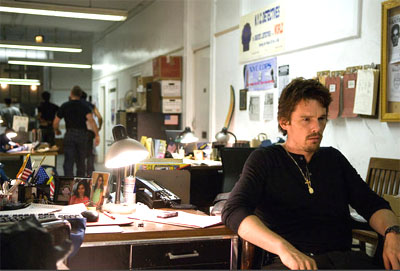 Now, what about Brooklyn’s finest?  Who are they?  The film suggests that it’s not really about quality as it is about surviving.  And, in order to survive, you cannot save everyone, you cannot apprehend every criminal.  When you make the most beneficial contribution to society, you may not even have the authority of the badge behind you.

1. Audience demographics: 4:30 PM showing at Phipps Plaza on Saturday was in one of the smaller theatres, filled 70% to capacity.  Male to female ratio was 1:3.  I believe there were only three individuals representing the ethnic majority, everyone else was black.  I was the only Asian person.  Most of the viewers came in groups of at least two.  There were up to half a dozen solo audience members, including me.  Average age of viewer: 30.  The theatre experience was very satisfying.  Nearly everyone winced and laughed when appropriate and expected.  One narrative running gag involved the film’s revealing of how many kids Ethan Hawke’s character has.  Each scene that added to the number of mouths to feed, the females in the audience laughed in an “oh geez, how many kids does he have” way.

2.  It was truly a treat to see Don Cheadle and Snipes together.  Cheadle’s performance reminded me somewhat of his role in Devil in a Blue Dress (Carl Franklin, 1995).  Snipes mere presence in the film recalls New Jack City (Mario Van Peebles, 1991).

2.  I love the part when Eddie tells a rookie cop (a lance corporal from the Marines) that you do not make an arrest out of your zone.  The way he says it is akin to emphasizing the right way to make a sorbet or creme brulee.

Click here for an interview with Don Cheadle and Wesley Snipes.

Click here for an interview with Ethan Hawke and Antoine Fuqua.