Did yoo go to the fank yet?
Will yoo wet ming eat this fread?
Wet down the fook!
He always frings bood in the fed.
Can’t yoo hold onto the bucking bootfall when the other team wets yoo make an interception bor a touchdown? 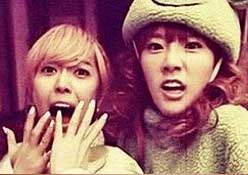 And now for some Khip-pop and Kpop.

I love it when Beenzino lends his vocals.

Here’s Bobby from iKON — I listened to this song five times in a row today.

This group, Cosmic Girls, has been out for bit but they didn’t make much of an impression until this song.  I listened to it ten times in a row this morning.

This last song reminds me of American 90s r&b/pop.  Speaking of which, Opposites Attract like an Escapade in this Fantasy where U Know What’s Up, Ghetto Superstar. 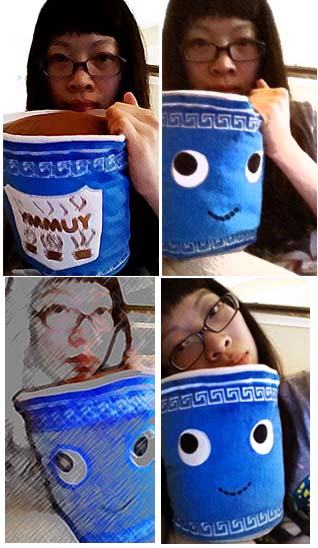 Are there any English-language tracks from the present that evokes the same kind of feel as these Korean songs?

Max was sitting alone in the patio of his uncle’s vegetarian restaurant.  Closing time had passed an hour ago; the bus boys had all gone home, but Phil, the bartender, was still behind his station, wiping down the counter top for the sixth time.  Phil was superstitious, especially about gestures and routines.  Everything had to be a multiple of six.  The cool October breeze ruffled Max’s cheekbone-length, right-parted bangs.  He was sucking on his fourth organic strawberry lollipop and waiting for his legs to give way.  He was surprised he had made it this far, after the day he had.

No matter at what age they find out, most people who find out about the circumstances of their birth would’ve cried or screamed or destroyed really expensive decorative house wares, but not Max.  Not yet.  The calm was pissing him off; not finding out that his birth was totally planned.  It was too planned; it was premeditated.  Some people discover they were unwanted, adopted, switched at birth, but not Max.  No.

You see, Max’s parents were both academics.  His mother was a psychologist specializing in child development and his father was a sociologist by trade and a philosopher by hobby.  They met when they were both pursuing their PhDs and attending at a conference about the influence of fantasy literature and the cognitive development of children.  They tried in vain to deny that they fell in love at first quip (he thought an over-stimulated, developing brain did more harm than good and she flat-out refused to acknowledge the possibility that the universe might never have existed), but fall they did.  As any sensible and overly logistically practical couple would do, they waited until after they had each received their PhDs before getting married.

Their friends regarded their intellectual friction as a pretext for their attraction to each other and, as everyone assumed, the reason why they wouldn’t want to have kids.  They felt neither obligation nor interest in having children but after a few years of never-ending disagreements on the strength of the nature vs. nurture debate, they felt the only way to prove to each other who was right was to, well, have a kid, whom they named Max.

So, as Max sat alone in the patio of his uncle’s vegetarian restaurant, ten hours after learning about the circumstances of his birth, his tongue tinted pink from the non-high-fructose corn syrup lollipop, he waited for his legs to give.

Just something that came to me while watching season 4 of The L Word on DVD.  How would you react if your parents told you one day in your late teens, probably after you had just received your high-school diploma, that your existence was an experiment, a case study, a means to end an argument your parents have been having since they first laid eyes on each other?

And now for some real news of the absurd:
Japanese costumes that will not leave your mind’s eye.

Ever since the first time I saw a police procedural where a detective buys a cup of coffee on the streets of Manhattan, I’ve been enamored with these blue cups.  Today I saw something that momentarily paralyzed me with its awesomeness.

It’s a giant, plush coffee cup with a face! I had to have it.

How many stand-up comedians incorporate into their acts a segment on the ridiculousness of potential side-effects of various prescription medicines compared to the condition these pills are supposed to treat?  How many non-stand-up comedians have pointed out such silliness? I was braiding my hair when an ad for a prescription drug aired on the Travel Channel (most likely during Bizarre Foods with Andrew Zimmern).  The only part of the ad that I remembered was about the potential side-effects, specifically that people who weigh less than 110 pounds would be more likely to experience ulcers or some other digestive discomfort.

I then thought how different life could be if instead of dry mouth, headaches, ulcers, upset stomach, constipation, diarrhea, fainting, nausea, sudden weight gain/loss, loss of appetite, insomnia, shortness of breath, skin rash, blurred vision, drowsiness, cardiac discomfort, and death, common side-effects actually consisted of telepathy, telekinesis, pyrokinesis, levitation, compulsive singing, unprovoked laughter, random reciting of the value of Pi, and the ability to do a triple axel and double toe-loop combination on any surface.

Imagine what being a medicated teenager would be like if puberty involved the paranormal and romance?

That would be so wild.