Oh yes, indeed.  The Atlanta Falcons went to the Pacific northwest yesterday and beat the Seattle Seahawks on Monday Night Football.  Final score. 34 to 31.  Read all about it here.

I was chatting with a friend last night and he said, “stupid seahawks,” to which I replied, “Seattle Seahawks? What did they do?”

And then I turned to ESPN and watched most of the game, half paying attention.  It seemed like every time I looked up from browsing Reddit, the Seahawks had possession of the ball and were moving it down the field.  The score steadily increased for each tame and then there were four minutes left; Falcons quarterback Matt Ryan got sacked.

Get score, stats, and play-by-play here.

I was going to post this on yiqithings but I swore only sports content would be on Sitting Pugs.  So here is where I shall post:

And off with the garments
and onto the turf,
the quarterback throws
towards the waiting running back
jacked up with mirth,
and he cradles the ball
in the crook of his arm
breaking all the rushing records
as he sprints 40 yards
before stopping at the goal line
cause he’s a tease,
he’s gonna make the QB wait
for those 6 points
unless the QB can get there first.

I subscribed recently to NFL Films’ YT channel — I know, what took so long.  After watching a number of their highlight films over the years, I wonder on occasion whether or not NFL Films would be the ideal “nature filmmakers” of people.  Their narrator’s voice is perfect for it.

Stay until the end to see Arthur Blank do a little dance in the locker room.

The Seattle Seahawks at Atlanta Falcons NFC divisional game started twenty minutes after the 4:10 pm showing of Paul Verhoeven‘s award-winning psychological drama Elle (2016).*  And why would I opt to watch the film over seeing the entire game between Seattle and Atlanta?  Well, I’ve been wanting to watch Elle for several months and I knew the fourth quarter would still be happening after the movie and I could get myself to a TV.

I have loved Isabelle Huppert since the moment I watched Hal Hartley‘s Amateur (1994).  She played a woman who went from being a nun to writing erotica.  Something about that premise fascinated me.

Likewise, the premise of Elle intrigued me too.  Huppert portrays a woman who is raped in her house while her grey cat watches (and then leaves before the crime is completed), but instead of turning into a shriveling, paranoid victim, she metabolizes the trauma with subversive rationale and emotional/psychological deviance.

Beyond the basic story-line, I was pleasantly surprised to see that her character was  co-owner of a video game publishing company.  She wasn’t a housewife or a teacher or a high end fashion consultant.  Any more discussion will lead to minor spoilers, so highlight the relevant words at your own discretion.  Verhoeven’s adaptation of  Phillipe Dijan‘s novel Oh… could be interpreted to suggest that a rape fantasy is something that women in general would grow to want if she is willing to sleep with her friend and business partner’s husband because he was there and she wanted to get laid.  Or that just because a woman doesn’t become a broken, ruined creature, that physical violation isn’t that big of a deal.  It is tempting to make such an assertion…or to focus on her character’s inability to have a “normal” reaction to being raped (depression, anger, fear, vulnerability) on account of what her dad did when she was ten years-old that got him locked up in prison.

These interpretations are easy to make, but misses the mark of the character’s narrative and thematic arc.  She colors outside the lines and doesn’t behave as expected and whatever motivates her to act as she does or to think as she does throughout the film, she is purposeful and consequential.  Moreover, her reactions present a perspective on how to make sense of (or pervert) the offender-victim dynamic, especially when the film reveals the identity of her rapist.   Either you, the viewer, knew it all along or figured it out based on formal and plot elements. 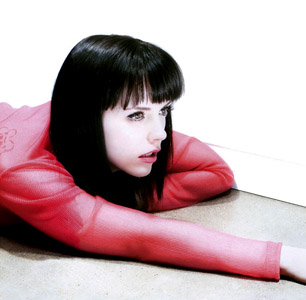 And, I was right.  The fourth quarter had just begun when I got to a TV after the movie ended.   I started watching the game (broadcast on Fox and narrated by John Lynch and Kevin Burkhardt) about halfway into the fourth quarter and the Falcons had 29 points to the Seahawks’ 13.  Over the next nine minutes, though not in this exact order, Seahawks quarterback Russell Wilson was intercepted twice (the first time directly into the arms of Falcons safety Allen Ricardo, the second time indirectly into the hands of Falcons linebacker Deion Jones) and threw a touchdown pass (caught by wide receiver Doug Baldwin); Falcons quarterback Matt Ryan threw a touchdown pass to wide receiver Mohamed Sanu and two 1st and goal complete passes (one of them caught by wide receiver Julio Jones).

The Falcons beat the Seahawks.  36 to 20. Final score.  Get game summary, stats, and play-by-play here.

*It isn’t drama quite in the way American dramas are drama — 98% seriousness with maybe a laugh or two.  Elle is quite comical throughout the film in dialogue and reality-of-the-situation tone.  I watched the film with at least twenty other people and everyone chuckled and laughed at the intended moments.  The more I think about it, the more I detect a satirical angle.

Ever closer to achieving post-season glory, the Atlanta Falcons circled the Dirty South skies with the Seattle Seahawks today.  Televised on Fox, Brian Billick and Thom Brennaman provided commentary.  The Falcons started on offense and after six minutes of moving the ball down the field via a combination of the run and passing game, they took the lead with a field goal.  Falcons quarterback Matt Ryan threw an interception during their next possession.  Where would the momentum pendulum swing in the first half of the game?  Falcons safety Thomas DeCoud initiated a fumble that allowed his team to get the ball back.  Shortly thereafter, tight end Tony Gonzalez made a one-handed catch in the back of the end zone.  Atlanta 10 and Seahawks 0.  By the end of the first quarter, running back Jacquizz Rodgers ran powerfully down the field, helmet-clinking against a Seahawk in the process.  Nearing the end of the second quarter, Falcons wide receiver Roddy White made a forty-seven yard TD catch.  Pretty, pretty.  Atlanta 20 and Seattle 0.

The Seahawks finally demonstrated a measure of offensive abilities six minutes into the third quarter when wide receiver Golden Tate scampered into the edge of the end zone (bottom of the screen).  Atlanta 20 and Seattle 7.  The Falcons were performing much better than they did in the previous two games but there was still more stamina and stealth necessary to maintain the lead.  The Falcons responded with a Jason Snelling TD; he broke through a cluster of bodies and crossed the goal line.

The Seahawks quarterback, Russell Wilson, parabola’ed himself into the end zone at the top of the fourth quarter.  Atlanta 27 and Seattle 14.  A few minutes later, Matt Ryan threw another interception, which eventually resulted in a TD by tight end Zach Miller.  Atlanta 27 and Atlanta 21.  There was a couple of instances throughout the fourth quarter when the Falcons could’ve gotten within field goal range or at least made a first down and took more time off the clock but with two minutes left in the game, the Seahawks gave the impression they were in more of a position to shock and awe, which they did.  With fewer than forty seconds left, the Seahawks got the ball into the end zone.  WHAT IN TAR BABY NATIONS?!  Seattle 28 and Atlanta 27.

Matt Ryan had thirty-one seconds to get his players within field goal range, which he did.  Would Matt Bryant make the forty-nine yard FG?  YES! YES! ORGANIC GUACAMOLE YES!   The Seahawks’ attempt to make another score was epically ended when Falcons wide receiver Julio Jones intercepted Russell Wilson in the end zone.  The Falcons are going to the NFC Championship game!  Atlanta 30 and Seattle 28.

1.  The National Anthem was sung by four white men wearing black suits.  I didn’t catch their name.  They performed decently but the last line about “the home of the brave” sounded a bit odd.  Too consciously epic and thus not very sonorous.

2.  The Seahawks’ helmets looked to be a deep purple under certain lighting conditions.

3.   Overlain screen graphics appeared occasionally as a player was moving to and from the line of scrimmage in preparation of a play.  The graphic was a horizontal baton with the number and name of the player.

4.  Many of the Seahawks players wore neon green sneakers.

It’s great to be a Yellow Jackets fan.  Go GaTech.

What: Game 5
Who: The Atlanta Falcons and the Seattle Seahawks
Where: CenturyLink Field
When: Sunday October 2, 2011

First $0.25:
– The Falcons scored first with a touchdown reception made by tight end Tony Gonzalez.

Second $0.25:
– Four minutes into the quarter, Falcons linebacker Curtis Lofton intercepted Seahawks quarterback Tarvaris Jackson.  A few plays later, Falcons running back Michael Turner ran the ball into the end zone.
– Halfway through the quarter, the Seahawks demonstrated offensive skills with a fifty-two yard Sidney Rice TD.
– With just under three minutes left in the quarter, Michael Turner struggled to break the plane, and break it he did (with one hand).  The Falcons increased their lead with a forty-seven yard field goal at the bottom of the quarter.

Third $0.25:
–  The second half began with a fifty-yard Falcons FG and was followed by a Mike Williams Seahawks TD.
– Pop went the bally in the bottom of the quarter as the Falcons caused and recovered a fumble in the end zone; they ended up having to punt the ball away, though.  The Seahawks returned to where they were before the turnover and got their TD, courtesy of running back Marshawn Lynch.

Fourth $0.25:
– The Falcons raised their lead with a FG in the top of the quarter.
– The Seahawks weren’t going to let their fans down; wide receiver Benjamin Obomanu made a TD catch in the middle of the quarter.
– Seahawks and a sixty-yard Steven Hauschka FG attempt?  NO GOOD!

1.  Commentary was provided by John Lynch and Craig Bolerjack for Fox.

2.  Both teams donned an array of hot pink (gloves, shoes, towels) as a nod to breast cancer awareness.

3.  Falcons wide receiver Julio Jones is quick on his feet.

4.  What did Falcons wide receiver snack on while he was sitting on the sidelines after the Falcons FG in the top of the third quarter?  It was a granola-looking bar.

5.  Johnny English Reborn.  I love the part when he sinks with his chair.