Common elements forge
common themes
strike up this leitmotif
and carve out wooden beams
out of tennis court blueprints
and toy soldier mezzanines.

Compromise your dreams
for a hearty stew of kidney beans
and bacon bits
stuff your belly til you’re Roman-esque
or just too full
to bend into a satellite
of your own moon.

Yes, I watched Super Bowl LVI.  For a stretch of moments in the third quarter, I was thinking the Cincinnati Bengals were going to beat the Los Angeles Rams, but the fourth quarter had other ideas.  The horned farm animals would end up out-offensive-playing the orange-and-black striped felines 23 to 20.  Get game stats, summary, and play-by-play here.

The Tampa Bay Buccaneers got to participate in a championship spectator sport extravaganza that no other NFL team has had the pleasure of experiencing tonight: playing in the Super Bowl with home stadium advantage.  Did they indulge fully in that piece of knowledge and beat the Kansas City Chiefs to win Super Bowl LV?

The first quarter was uneventful until the last forty or so seconds when Buccaneers tight end Ron Gronkowski got into the end zone for a touchdown and took the lead in scoring.  Tampa Bay 7 and Kansas City 3.  The second quarter began with the Chiefs doing their best to keep the Bucs from making more TDs (and there were approximately three close-calls).  Halfway through the quarter, a Chiefs penalty allowed the Bucs to get an automatic first down and Brady connected with Gronkowski for another TD (nevermind the field goal that Bucs kicker Ryan Succop made a moment before).  The Chiefs couldn’t get into the end zone and had to make do with a field goal.  The rest of the second quarter was a pile-on of penalties for Kansas City’s defense and more red zone action for Tampa Bay.  With six seconds left in the first half, Brady connected with wide receiver Antonio Brown in the end zone.  Tampa Bay 21 and Kansas City 6.

The third quarter started with the Chiefs still not able to move the ball into the end zone, so another field goal had to suffice.  It continued with the Bucs widening that score gap the way Tom Brady apparently can do in his sleep.  Another TD courtesy of running back Leonard Fournette.  Tampa Bay 28 and Kansas City 9.  With a few minutes left in the quarter, a couple of incomplete passes on Brady’s part meant their score lead could only go up by a field goal and not another TD.  Tampa Bay 31 and Kansas City 9.  The fourth quarter finally saw some momentum on the part of the Kanas City offense, but the end zone remained elusive.  It was pretty evident halfway into the fourth quarter that the Buccaneers were going to win Super Bowl LV, and then that interception made by Buccaneers inside linebacker Devin White in the end zone.  Mon dieu.  Tampa Bay 31 and Kansas City 9.  Final score.

Get game stats and play-by-play here.

Observations & Other Miscellania:
1. Eric Church and Jazmine Sullivan performed a bluegrass-esque rendition of the “Star-Spangled Banner.”

2. According to the commentators, Tom Brady’s first Super Bowl was in 2002; the Chiefs quarterback, Patrick Mahomes, was six years-old back then.

3.  Buccaneers kicker Ryan Succop used to be a kicker for Kansas City.

4.  Is it my imagination or was there too much echo when the Weeknd began his performance?  I could not discern any words (and then I thought he was singing in French).  C’est absurde.  I liked his shoes; they looked a bit like vintage men’s two-tone loafers a la these Doc Martens.

6. If you’re a Tampa Bay fan, you probably had a grand ‘ol time tonight.  If you’re a Tom Brady fan, you’ve likely convinced yourself that wherever he goes, he wins.  If you like watching a good game and are more invested in the excitement and tension that happens when two teams are neck-and-neck with scoring or interceptions, then tonight’s game was anti-climactic.

According to the game announcers of Super Bowl LIV, Kansas City Chiefs head coach Andy Reid has been coaching in the NFL for twenty-one years and up until tonight, he’s won the most games without seeing a Super Bowl victory.  The Chiefs played the San Francisco 49ers tonight at the fifty-fourth Super Bowl and won.  Final score: Kansas City 31 to San Francisco 20.  I remember watching several Philadelphia Eagles games on TV when Andy Reid was still their head coach in the mid to late 2000s.

Get play-by-play and stats here.

I muted the first half of the game while watching movies on Amazon prime and some videos on YouTube.  I watched the halftime show hoping that Gloria Estefan would make an appearance in the last couple of minutes.*  She did not, but I learned that Jennifer Lopez is proportionately bigger than Shakira.  I don’t mean she had higher heels; her face is ostensibly twice the size of Shakira’s.  Do you see it?  Do you see it now?

Do you see it now?

I muted the third quarter but watched most of the fourth quarter with sound.  Watching the last touchdown that the Chiefs got (courtesy of running back Damien Williams) was most delightful.  I didn’t think the previous touchdown counted as one (sure, the right foot was inbounds and the ruling was that the ball broke the plane but from the live and instant replay televised vantage points, the entire ball didn’t enter the corner of the end zone.  Does breaking the plane equaling a touchdown only require one part of the ball making it instead of the entire ball?  I did a quick search of the NFL 2019 rule book and it seems that way).

*  It would have been so cool to see the three of them do a version of “The Rhythm is Gonna Get You” and “Conga.”

By the way, Gloria Estefan performed at Super Bowl XXXIII in 1999.

The Philadelphia Eagles have done a good thing, even if some will say it should have been the Atlanta Falcons serving up the New England Patriots a bit of humble pie.  The point remains.  The Patriots lost Super Bowl LII by 8 points.  Eagles 41 and Patriots 33. Final score.

Get game summary, stats, and play by play here.

You don’t have to like football to enjoy the following:

The New England Patriots and the Atlanta Falcons converged in Houston, Texas today to see who would take home NFL Championship bragging rights.  Broadcast on Fox and narrated by Joe Buck and Troy Aikman, Super Bowl LI started with the Patriots on offense (the Falcons won the coin toss but they decided to save it for the third quarter).

Neither team gained much on offense on their first possessions.  Patriots quarterback Tom Brady did get sacked twice in back-to-back plays with five minutes left in the first quarter. The second quarter, however, revealed some Patriots’ offensive momentum…until the Falcons linebacker Deion Jones forced a fumble and his teammate corner back Robert Alford recovered it.  A few plays later, running back Devonta Freeman ran five yards and leaped into the end zone.  Atlanta 7 and New England 0.  By the end of the second quarter, the Falcons increased their lead by two TDs, courtesy of Falcons quarterback Matt Ryan connecting with tight end Austin Hooper and Robert Alford intercepting Tom Brady’s pass.  He ran eighty-two yards into the end zone.  The Falcons defense was able to keep the Patriots from getting into the end zone, but New England did put up a field goal.  Atlanta 21 and New England 3. 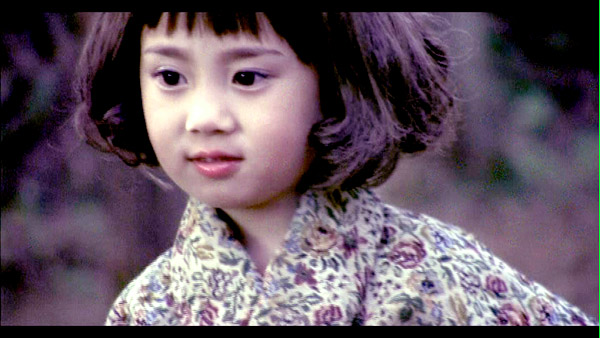 I’ve seen the Patriots come back from being outscored in the first half of a game to winning the whole thing; it’s not impossible for Tom Brady to do (as Joe Buck remarked as much before the first half ended).  Of course, I hoped it wouldn’t happen today.  About halfway into the third quarter, Matt Ryan threw a TD pass to running back Tevin Coleman.  Atlanta 28 and New England 3.  In the bottom of the quarter, the Patriots finally put up a TD via running back James White but the extra point was no good.  Atlanta 28 and New England 9.

And then came the fourth quarter and the Patriots’ offense game was shining more as they’d made it down the field even when Tom Brady was sacked twice by Falcons defensive tackle Grady Jarrett and they had to settle for a field goal instead of a TD.  Matt Ryan was sacked and the Patriots recovered the loose ball.  They got into the end zone (thanks to wide receiver Danny Amendola) and went for a two-point conversion.  Atlanta 28 and New England 20.   Would the Falcons be able to put more points on the board or keep the Patriots from scoring with less than two minutes left in the game?  The Patriots were able to tie the game with a TD (another James White) and a two-point conversion.  Atlanta 28 and New England 28.

And the first time the Super Bowl ever went into overtime would be today.  The Patriots won the OT coin toss.  And they got into the end zone (another James White).  New England 34 and Atlanta 28.  Final Score.  The Patriots have won Super Bowl LI. 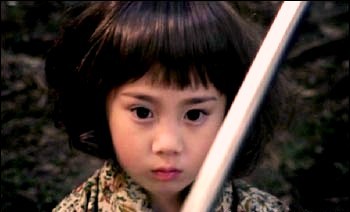 ~ Luke Bryan sang the National Anthem.  Tom Brady got a close-up during the few lines of the song; he was mouthing the lyrics and looking up to screen left (possibly at the jumbotron?)  Matt Ryan then got a medium close-up at the “and the home of the brave” part.  He was looking very stoic.

~ George Bush and Barbara Bush helped with the coin toss.  As they made their way to mid-field, the camera cut away to Mike Pence for a few seconds.

~ Three defensive holding calls on the Falcons in one drive at the bottom of the second quarter?!  Yep.

~ A tap/slap of the helmet means “good job, teammate!”  Where does at tap/slap land if one did a bad job?  Punch to the forearm?

~ Lady Gaga performed during the Half Time Show.  She started off with some patriotic tune excerpts.  Her “Poker Face” may be the only one that Westerners know, but the “Poker Face” I know first will always be Ayumi Hamasaki‘s.

~ Footage of the crew taking apart Lady Gaga’s stage sped up made them look like ants disassembling an insect.

~ Is Joe Buck trying to grow a beard or was he pressed for time and thus didn’t shave?

~ The sounds of a football hitting the uprights makes a distinct sound.  It’s a metallic thud…with notes of “whoomp.”