The Atlanta Falcons and the Tampa Bay Buccaneers met tonight on Monday Night Football on the latter’s turf.  Though the Falcons put a touchdown on the board first, the Buccaneers steadily put up numbers throughout the game such that with four minutes left in the fourth quarter, Atlanta was leading by just three points ….and eventually would win by just that much too (a Tampa 54-yard field goal was no good with seconds left in the game).  Falcons 24 and Buccaneers 21.  Final score.  Get game summary, stats, and play-by-play here.

Today’s festivities included a matinee of Laggies (Lynn Shelton, 2014), some pulled pork with sweet potato tots and collard greens, and knowing that the Atlanta Falcons still have some stardust in their eyes.

I had a great cinema-going experience today, partly because I like Keira Knightley and partly because it has been quite a while since the last time I’ve been able to have a movie on a Sunday afternoon.  Sam Rockwell was a scene-stealer; he and Keira produce a kind of screen chemistry I hadn’t thought would be convincing.  Yet, it was quite believable.  Keira’s lip may pout and her nose may scrunch up often — these things she may not consciously be able to stop from doing when delivering lines.  What I like the most about her gestures and expressions is the way she can look at her costar and the viewer knows how much her character has been affected by the person standing before her.

As a film itself, though, there was something missing in the tension and other intangible qualities between the characters.  Laggies is more of a daydream that became some flesh and some blood than a film that germinated from blood and bone from the beginning. 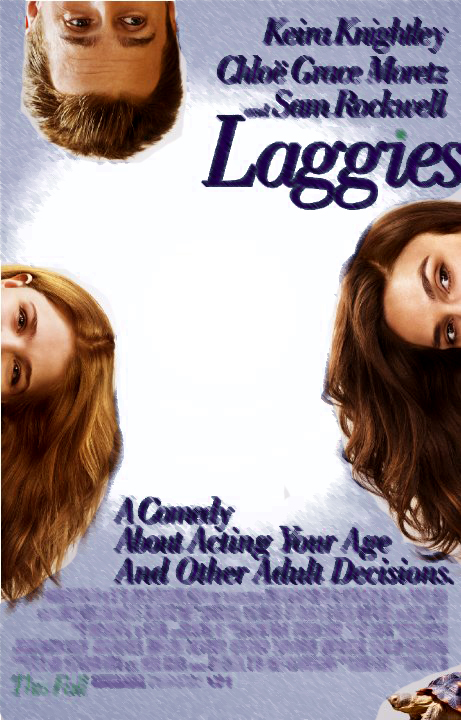 I watched the Atlanta Falcons try to do their thing last season but haven’t done so yet this season until today.  Granted, the last five or so minutes were on one of the flatscreens while I was eating an early dinner, but I did watch them keep the Tampa Bay Buccaneers from having a chance to win or score again.  The Falcons 21 and the Buccaneers 17.  Final score.

I put up some Christmas decorations tonight.  The little snow children and tree are on display the whole year round, but I put up lights for the first time this year.

Absolutely, they did.  The Tampa Bay Buccaneers knocked over the Atlanta Falcons yesterday 41 to 28.  I’m starting to think that there should be a term for the state of mind a sports team’s fan is in when the team’s productivity decreases to such a level that it hurts to watch the game.  One word to describe a situation like Russian’s “pochemuchka” or the Spaniard’s “sobremesa.”

After consecutive rounds of disappointment, the Atlanta Falcons gave their fans something about which to feel joy.  The Tampa Bay Buccaneers came by the Georgia Dome today for fun, autumn sun, and ultimately defeat.  I didn’t watch the first three quarters of the game because my psyche has been teetering on the edge and I wasn’t sure if it could survive another Falcons’ fall from idol worship.

It’s been a good weekend for the Yellow Jackets.  56 to 0 against Syracuse.

The Tampa Bay Buccaneers trekked north to face the Atlanta Falcons in the last game of the regular season.  When the Falcons last played the Buccaneers, they won by a hair.  Would they win by a leaps and bounds today?  Televised on Fox, Dick Stockton and John Lynch provided commentary today.  The Bucs put the first score on the board with a field goal eleven minutes into the first quarter.  The Falcons tied the score with a FG with just over two minutes left in the quarter.  Tampa Bay 3 and Atlanta 3.  There wasn’t much spectacle to this game until the top of the second quarter when Bucs quarterback Josh Freeman threw a touchdown pass to wide receiver Mike Williams.  Nearing the end of the second quarter, they increased their lead with another FG.  Tampa Bay 13 and Atlanta 3.  Methinks the Falcons were Skyping in their performance in the first half.

The third quarter was no kinder to the Falcons as the Bucs made yet another FG in the top.  Tampa Bay 16 and Atlanta 3.  When I was about to resign myself to watching lackluster dirty bird duties, cornerback Asante Samuel intercepted Josh Freeman towards the bottom of the quarter.  A couple plays later, Falcons running back Michael Turner shook his team’s momentum back on track with a seventeen-yard jolt into the end zone.  The Bucs running back Doug Martin responded with a trip to the end zone as well.  A two-point conversion was unsuccessfully attempted.  Tampa Bay 22 and Atlanta 10.

The fourth quarter was nothing to smile about for Falcons fans until halfway through when wide receiver Harry Douglas made a TD.  Tampa Bay 22 and Atlanta 17.   Final score.  Tit for tat, the Falcons did beat the Bucs earlier in the year.