Envision yourself on a quest where you must arrive at a specific location by Christmas and follow through with a promise you made the previous year.  If you keep your word, you will lose your head…literally.  A woman offers you a green sash (or is it more of a large ribbon? belt?) that as long as you keep it tied around your body, you will never die (or at least never be mortally wounded).  Do you accept?

Of course you accept…and to wonder anything more would be to venture into spoiler territory, which I shan’t do. 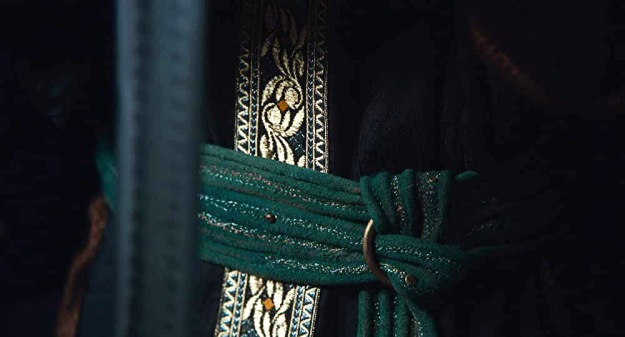 Since the start of the year, I’ve only vaguely kept up with what movies would be playing in theatres in my city.  I still have not been to a movie theatre since I watched Tenet a year ago.  Among other films, I skipped The Green Knight (David Lowery, 2021) when it came to town.  As the months went by, I was no longer sure I would see it at all…and then it came out on DVD.

Passively waiting until it was available on DVD was the right choice in the end.  I got to enjoy the subtitles and a few making-of featurettes, which really contributed to my positive regard for the film.  In one evening, I viewed the film nearly twice from start to to finish with a few repeat-watches of specific segments.  I wasn’t expecting to see a fox companion…that eventually talked [somewhat like the one from Lars von Trier‘s Antichrist (2007) but minus the ridiculous delivery]. 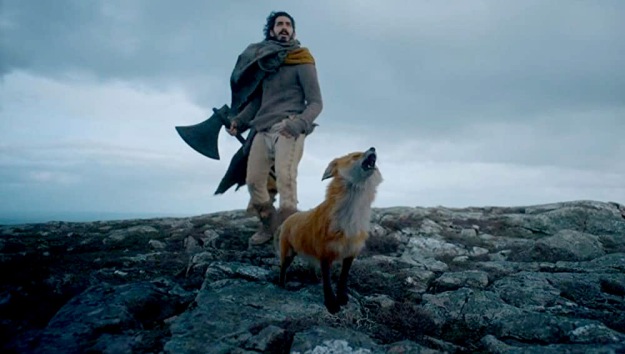 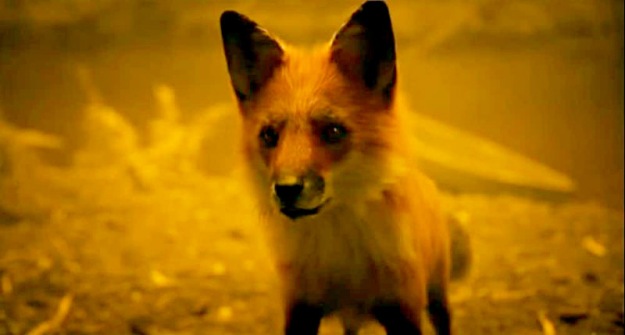 Not long after Gawain (Dev Patel) encounters the fox, he sees giant entities traversing across the landscape before him.  On the one hand, it shifts abruptly the viewer’s perception of the time-and-place and even genre of the film, but on the other hand, Gawain did just unknowingly eat some fungus that isn’t meant for dietary consumption. 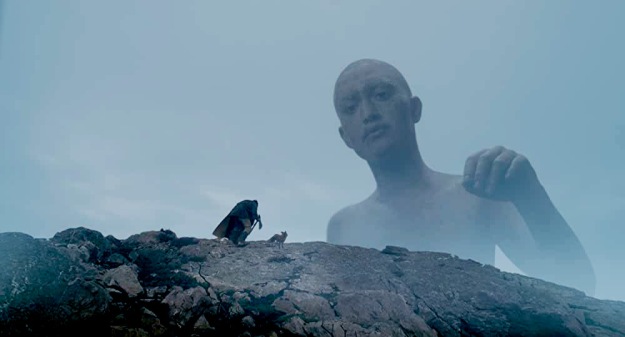 I really like The Green Knight and I don’t know why.  Perhaps it is due to the film’s fairy-tale tone and story.

In sports headlines, the Atlanta Braves may bring competitive glory to this here city once again (in general but also for themselves and longtime Braves fans).  I remember the 90s Braves and watching them win the World Series in 1995 against Cleveland on TV.

This moment…the pile-up at the end:

Now that I think back on the last decade before the turn of the 21st century, there was a period of time when I watched a lot of televised baseball and so many of the games were of the Braves.  Why?  Now that decades have passed, I realize fully that it was because of Fred McGriff (who played first base) and Javier Lopez (the catcher).

While we’re at this juncture in the corner of reminiscence, check out these videos:

Et plus, the Atlanta Falcons beat the Miami Dolphins 30 to 28 (via 3 touchdowns and 3 field goals).  Get game summary, stats, and play-by-play here.