I’ve been watching the Atlanta Braves and the Houston Astros swing it out in the World Series and noticed an element of baseball game play that I’d never before contemplated.  Compared to other team sports, the rhythm and suspense of baseball game play in relation to scoring is that no matter which team you root for, you can be more hopeful that your team can keep the lead or shrink the score gap.  There are nine innings after all.  Ninety-five minutes into a baseball game and you’re not even at the fifth inning yet.  There’s a more fluid stop-and-go of “plays” that lessens the sense of fiendish urgency to score points (in contrast to football, which consists of a much more blatant stop-and-go of plays and feeds into the o-m-g-we-are-losing energy).

Moreover, unlike the rapidly changing points in basketball, baseball’s scoring fluctuates in moderation (nevermind that the Astros took quite the lead against the Braves in Game 5 of the World Series and in a short period of time).  Though the game play is slower than that of futbol and hockey, the players have an easier time hitting balls, running bases, and making homeruns.  In other words, watch a baseball game for forty-five minutes and both teams would likely have at least one or two runs.  Watch a futbol or hockey game for the same amount of time and you’re lucky if one team made one point.

It’s easier to passively watch baseball too.  One can mute the game and knit a pair of gloves without feeling as though one is missing anything that cannot be seen on the screen.  Although I have muted Falcons’ games in the past (and other football games), there’s inevitably a part of me that wonders if something illuminating is being imparted by the commentators in relation to a play or a penalty.  Speaking of the Atlanta Falcons, they did not beat the Carolina Panthers on Halloween.  They lost 19 to 13, aka, three field goals or one touch down.  After skimming the scoring summary, it turns out that the Falcons missed a field goal in the bottom of the third quarter.  Even if they’d made that field goal, they would still be down by three points going into the end of the fourth quarter.  So, unless someone pulled a TD out of their elbow before the two-minute warning, they wouldn’t have won anyway.

One can’t say the Atlanta Falcons won that dramatically over the Carolina Panthers (until that part where Falcons cornerback Robert Allen intercepted Panthers quarterback Cam Newton’s pass meant for wide receiver Brenton Bersin and Falcons kicker Matt Bryant made a fifty-six yard field goal in the bottom of the fourth quarter).  Final score: Falcons 22 and Panthers 10.  Get game summary, stats, and play-by-play here.

The Falcons are going to the playoffs. 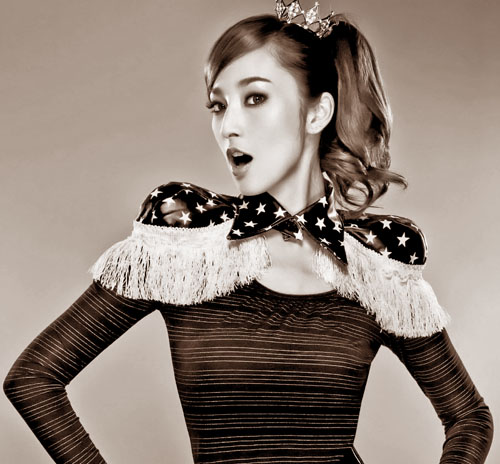 Don’t you hate the moment when you realize that you’re a fair-weather fan?  Even when you’re not that emotionally invested in the outcome of a game and there isn’t any risk of financial setback due to the final score, it is still too painful to watch the Atlanta Falcons keep pace with but then succumb to the charms of the Carolina Panthers’ offense.  Yep. A 34 to 10 succumbing.  Click here for game summary, stats, and play-by-play.

In less discouraging news, how to protect the contents of your package.

The Carolina Panthers played host to the Atlanta Falcons today.  Televised by Fox, the Panthers took to offense first.  Halfway into the first quarter, Panthers quarterback Cam Newton and tight-end Greg Olsen made a touchdown connection.  The Panthers increased their numbers in the top of the second quarter with a field goal.  Carolina 10 and Atlanta 0.

The Panthers got another field goal with just over four minutes left in the second quarter.  The manner in which the Falcons were and were not playing in the first half of the game compels me to wonder if they implemented the Bait-and-Switch plan: make the other team score and feel enthusiastic only to come around and dominate in the second half.  Going into halftime, the Panthers inched up their lead with yet another FG. Carolina 16 and Atlanta 0.

I’m sure you’re familiar with the phrase, “you snooze, you lose,” well based on the non-performance of the Falcons in the top of the third quarter, they were definitely snoozing and losing.  Just like Nyago.

Cam Newton slipped through the Falcons defense and whipped his body seventy-two yards into the end zone.  Carolina 23 and Atlanta 0.  Would Matt Ryan and his wide receivers do anything for the Falcons as the third quarter tick-tocked to under seven minutes?  After two quarters and eleven minutes into the third, the Falcons finally demonstrated their athletic abilities with a TD catch by wide receiver Roddy White.  Carolina 23 and Falcons 7.  The fourth quarter was more generous to the Falcons as Matt Ryan and wide receiver Julio Jones connected for a TD.  They attempted and nearly successfully executed a two-point conversion.  Carolina 23 and Atlanta 13.  Atlanta challenged the ruling but not to their benefit.  The rest of the quarter did not progress favorably for the Falcons.  Matt Ryan threw an interception with six minutes left on the clock.

I stepped away from the game at that point.  The Panthers would triumph over the Falcons, 30 to 20.  Final score.

1.  Footage in the bottom of the first quarter revealed that after Greg Olsen made the TD, which gave the Panthers a 7-0 lead, Olsen gave the ball to a young girl who was sitting behind the end zone.

The Carolina Panthers crossed state lines to circle around the Atlanta Falcons.  Televised by Fox and narrated by John Lynch and Dick Stockton, the first quarter began with the Falcons on offense but the Panthers’ defense was able to prevent the birds of prey to execute a first possession visit to the end zone.  When the Panthers got the ball, their quarterback Cam Newton and tight end Greg Olson eventually connected for a touchdown.  Carolina 7 and Atlanta 0.  The Falcons got down to the red zone and spent a number of plays down there but were unable to score.  Safety Haruki Nakamura intercepted Falcons quarterback Matt Ryan, promptly ending any more tries to get on the board.  By the end of the first quarter, Matt Ryan’s forty-nine yard pass to wide receiver Roddy White livened up the atmosphere for Falcons fans.  Carolina 7 and Atlanta 7.

The Panthers didn’t have the ball for very long when Falcons cornerback Dunta Robinson stripped the ball from Panthers wide receiver Steve Smith.  The Falcons recovered the loose ball.  Several plays later, they took a small lead with a field goal.  The Panthers reclaimed the lead with a DeAngelo Williams TD in the second quarter and then saw that lead slip  away as the Falcons jumped back on top with a Roddy White TD catch.  Atlanta 17 and Carolina 14.

The top of the third quarter boosted the Falcons’ lead with a sixty-yard bolt into the end zone by running back Michael Turner.  Tight end Tony Gonzalez and Roddy White provided some blocking so that Turner could make that run.  Atlanta 24 and Carolina 14.

The Panthers were not about to let the Falcons push them down the score board, though.  Cam Newton crossed the goal line with three minutes left in the quarter.  Atlanta 24 and Carolina 21.   The middle of the fourth quarter saw another Panthers TD, thanks to wide receiver Kealoha Pilares.  With five minutes left to play, Falcons head coach Mike Smith decided to go for  field goal and get the ball back, rather than risk not being able to get into the end zone and not having the opportunity to try again.  The Falcons managed to get a field goal to trail by one point.  A series of complete passes gave the Falcons a chance to win with a forty yard FG.

SWEET PEANUT BUTTER BALLS AND HOME-MADE MARSHMALLOWS!  It was good.

1.  Why did the field of the Dome look so chalky?

2.  The Falcons wore black tops and white bottoms; the Panthers wore white tops and bottoms.  Many of the players’ pants were tinged with red by halftime, which is not surprising given all the rolling, sliding, and sweating.